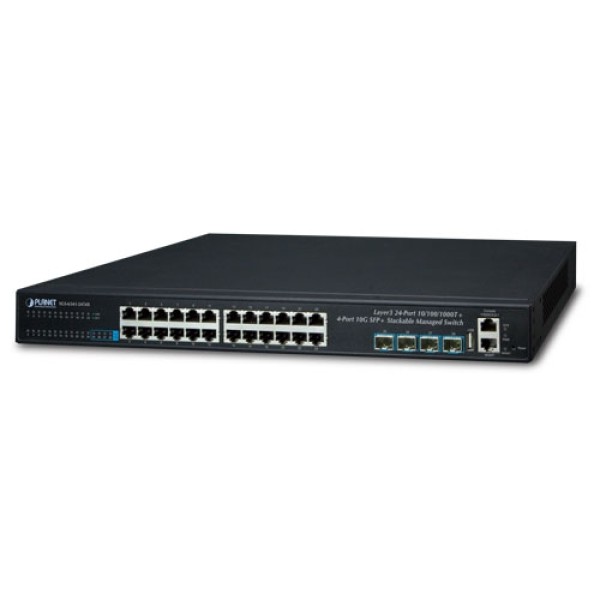 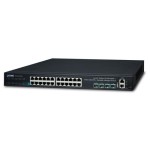 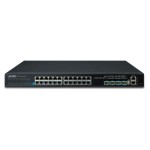 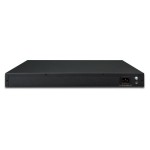 The administrator can flexibly choose the suitable SFP/SFP+ transceiver according to the transmission distance or the transmission speed required to extend the 10G network efficiently. Besides, with 128Gbps switching fabric, the SGS-6341-24T4X can handle extremely large amounts of data in a secure topology linking to backbone or high capacity servers for ISP and enterprise VoIP, video streaming, and multicast applications. 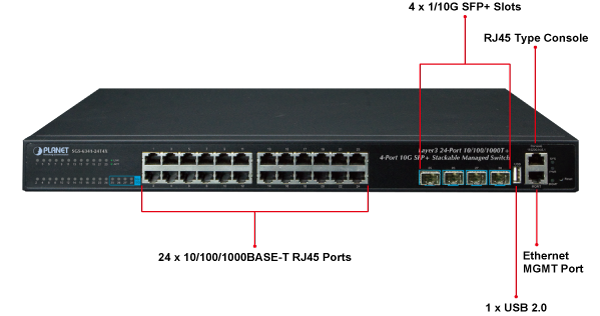 The four SFP+ slots built in the SGS-6341 series supports dual-speed, 10GBASE-SR/LR or 1000BASE-SX/LX. With 10Gbps uplink interfaces, the SGS-6341 series boasts a high-performance switch architecture that is capable of providing non-blocking switch fabric and wire-speed throughput as high as 128Gbps, which greatly simplifies the tasks of upgrading the LAN for catering to increasing bandwidth demands.

Positioned as the distribution or aggregation layer switch for large networks, the SGS-6341 series supports IP stacking function that helps network managers to easily configure up to 24 switches in the same series via one single IP address instead of connecting and setting each unit one by one. The IP Stacking technology groups PLANET SGS-6341 switch series together to enable centralized management through a single unit, regardless of physical location or switch type, as long as they are connected to the same local network.

Two of the 10G SFP+ ports are used to connect several SGS-6341 series for building a virtually logical facility. The SGS-6341 series gives the enterprises, service providers and telecoms flexible control over port density, uplinks and switch stack performance. The SGS-6341 series can connect as a ring for redundancy and ensures that data integrity is retained even if one switch in the stack fails. You can even hot-swap switches without disrupting the network, which greatly simplifies the tasks of upgrading the LAN for catering to increasing bandwidth demands. 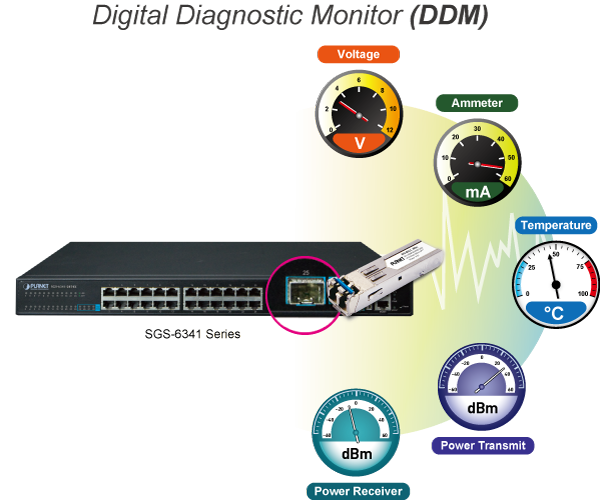 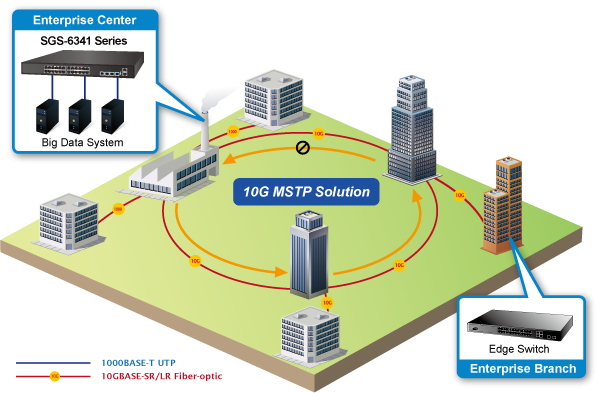 The SGS-6341-24T4X series performs 128 Gigabits per second non-blocking switch fabric, so it can easily provide a local 10Gbps high bandwidth Ethernet network for the backbone of your department. With the four built-in SFP+ ports, the SGS-6341-24T4X series provides the uplink to the backbone network through the 10G Ethernet LR/SR SFP+ modules. It further improves the network efficiency and protects the network clients by offering the security and QoS features. 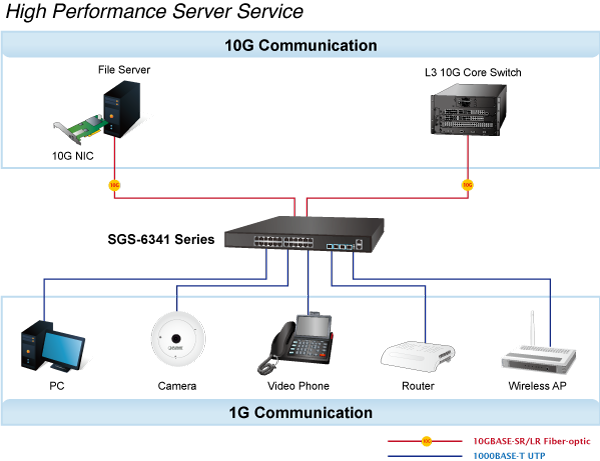 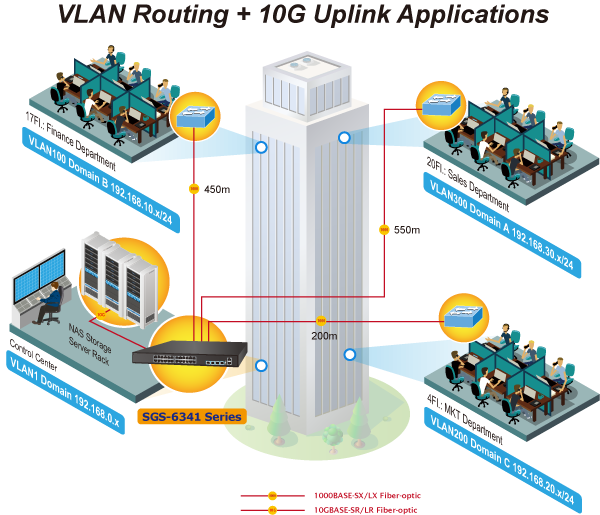